“Wind power from turbine farms on sea”, that’s what I, treehugger, see as a major solution for our energy security in the future. That’s why I got scared yesterday, when someone pointed me to this article (in Dutch)

It contains text like “the costly rare raw materials are only found in China” and “a stinking bubbling lake filled with nasty toxic waste, more than 120 km² in size”

What is the case?
Electric cars and windmills are supposedly filled to the rim with super magnets made of Neodymium. This metal is a so called “rare earth” mineral. This mineral would only be present in Inner Mongolia where Dante’s Hell is created in order to extract the drug that the Treehuggers of the world need so badly : magnets for their windmills and Prius’. Mining is extremely polluting because with the Neodymium traces of Uranium, toxic dust and acids are left over after mining and are dumped in a 120km2 artificial “toxic pool”.

One step back for a better view
That’s not nice to read when you’re into windmills and Prius. So I take serious note of this information, as I’m not really leaving the world a better place for my kids when I ruin the environment of the Inner Mongolians by the effects of my choices. So what is the bigger picture?
As so often done by the climate change deniers, they cherry pick facts and then blow them up, here we go:

The facts
It’s really not so bad for those super magnets. The world production of Neodymium is about 7.000.000 kilogram per year.

A Prius contains 1 kilogram, and a wind turbine 250 kilograms of Neodymium magnets. A magnet is made of Iron, 11% Neodymium and bohrium . So if we build 1 million Prius’ (a lot that is) and 10,000 turbines a year we need .38 million kilo of Neodymium. That is a whopping 5,5% of the yearly production. The rest is used to stain glass, make hard disks, build MRI-scanners and make toys, lots of toys: 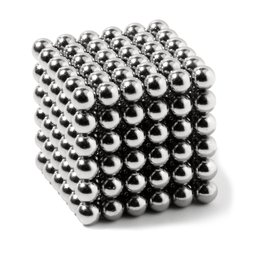 And that stinking 120 square kilometer lake? Google Earth shows that it’s actually 2,5 x 2,5 kilometer (measured on screen). That’s a little over 6 square kilometers, less than 1/20 of the size of the fear mongers (and because currently only 5,5% is due to the Windmill magnets, the “windmill pool” is actually more like 600x600meter)

And what about those poor Mongolians?
We’ll, Neodymium appears to be not so “rare” after all. And it only costs €100 per kilo. There’s plenty of the stuff around the world. But the Chinese government doesn’t have environmental laws, let alone enforce them. So some crooks in Mongolia have built the cheapest dirtiest most profitable mine one can imagine.

If China would demand the mines to work cleanly, the problems would be solved tomorrow (and the cash they earned will need to be spent on cleaning up the dirty pool).

It is very well imaginable that Europe will soon demand some sort of green certification for Neodymium. This would probably double or even tenfold the price, but that wouldn’t make much difference in the price of the end products containing Neodymium magnets. Resuming: the extremely dirty mines are competing in a very “dirty” way against mines that would deliver clean Neodymium, but this can not be put on the plate of the Windmill or Tesla or Prius builders.

And for the new windmills? They can even use turbines without super magnets if they need to:

“Generators currently offered use permanent magnets with neodymium and dysprosium elements,” added Stiesdal. “A variant design magnetized with a system not using rare-earth magnets will be available in case of shortage of these rare-earth elements.”

Pps : Chinese environmental policies are becoming a big issue there

One Reply to “An inconvenient truth about windmills?”